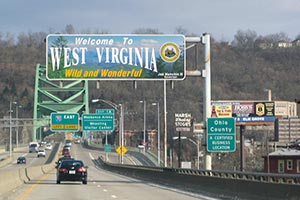 The West Virginia Legislature took a major step forward this year in ensuring their infrastructure projects are delivered on-time and within budget for many years to come. Legislators in Charleston had a long to-do list this session with infrastructure designated as a key issue. Lawmakers ultimately increased the funds available for design-build projects, extended their P3 law sunset date, and provided state colleges and universities the ability to use design-build.

Governor Jim Justice began the 2017 session by putting infrastructure improvements at the top of the state’s priorities. His “State of the State” address proposed a gas tax that would raise $2.8 billion and fund, according to Governor Justice, “every single road job that is on the books for one to three, and three to five years, tomorrow.” This sent a message to the Division of Highways (DOH) and the citizens of his state to prepare for a massive infrastructure package.

Under existing law, however, the Division of Highways’ (DOH) design-build program, which would fund many of these projects, was limited to $50 million per year and was subject to a 2017 P3 sunset date. To give you a better picture of what the DOH had in store for 2017, they were reportedly hoping to let three design-build projects on Interstate 70, Interstate 64 and a road in Kanawha County. Combined, these three projects accounted for an estimated $355 million worth of work; well over the previous ceiling for design-build spending.

After a series of debates and amendments, the legislature was able to deliver. HB 2721 extends the DOH’s P3 authority until 2023 and lowers the price threshold requirement for P3 projects from $20 million to $10 million. This ensures that the DOH will be able to utilize private financing and deliver smaller projects with the same cost-saving techniques used on larger projects.

HB 2722 was also successful, increasing the spending limit on design-build projects by the DOH to $400 million per year. The bill also specifies that the DOH may not spend greater than $200 million on any one project but allows for unspent money to be rolled over from year to year. Another important piece of legislation, HB 2815, also passed this session and authorizes state institutions of higher education to enter into design-build contracts.

The West Virginia Legislature was able to make huge strides toward ensuring the longevity of their design-build program through these bills. Allowing state agencies to choose the proper delivery method for each project helps ensure tax-payer funds aren’t wasted and political promises to deliver infrastructure improvements to communities can be delivered. We believe design-build should be a tool available in any public agency’s tool box. DBIA and the growing design-build industry celebrate these legislative achievements with the state of West Virginia and anticipate great things from this robust program for years to come.

Why Design-Build is Many States’ “Go-to” Delivery Process 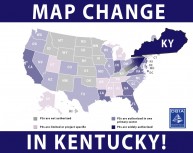