Design-build has played an integral role in rebuilding after natural disasters. Since Hurricane Harvey made landfall, DBIA has been working to get Texas expand design-build for this emergency situation. Below is a letter, written from our CEO to the governor of Texas. We want to aid in the recovery and make projects go faster and be more efficient – we want to help rebuild.

The vital connection between America’s infrastructure and the well-being of our citizenry is never more apparent than in times of crisis. As Governor, I know you understand that connection better than most, especially in the aftermath of Hurricane Harvey. That’s why I’m reaching out to you directly to alert you to a major legislative obstacle that will impact TXDOT’s ability to respond quickly and effectively in its post-Harvey rebuilding effort. Potentially even more problematic is a Texas statute making it impossible for the state’s small communities to respond as nimbly as cities over 100,000 in population. Rebuilding efforts should be equitable across all damaged areas, not just in large cities.

The state of Texas has only limited authority for the use of the design-build delivery system, which has been vital in Hurricane recoveries from Katrina to Sandy. That’s an obstacle to Harvey recovery efforts which Texas communities simply cannot afford. Attached is a one-page description of current Texas design-build law and how it could be addressed immediately to allow your communities access to the innovation, time and cost efficiencies so vital to rebuilding.

Given the enormity of the reconstruction challenges facing Texas, the state needs the ability to innovate, building stronger and smarter, while also maximizing project dollars and delivery times on vital post-Harvey projects. The need is immense and the response must be equal to that challenge. As Governor, you have the emergency authority to ensure design-build can deliver in Texas just as it has in so many other communities rebuilt after a disaster. Governors in states post-Katrina, Sandy and Irene have used their emergency authorities to ensure recovery efforts were as responsive and nimble as possible.

The Design-Build Institute of America’s members in Texas and nationwide stand ready to help you rebuild and recover. I would be glad to talk to you in greater detail about our proposals to eliminate the design-build legislative roadblocks Texas faces. 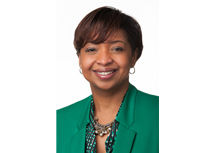 Our Open Letter to Communities Hit by Hurricane Harvey 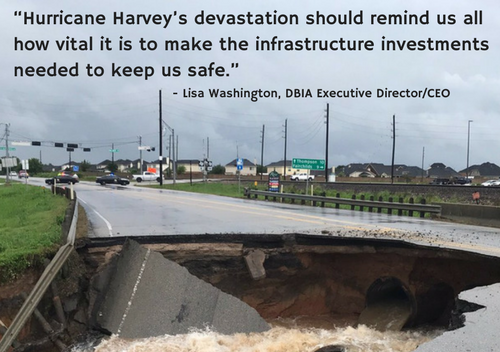