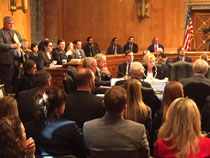 A U.S. Senate Committee has unanimously passed a DBIA supported bill – S. 1526 – that, among other things, puts limits on single-phase/turn-key design-build selection procedures in civil projects.  Sen. Portman (R-OH), the sponsor of the bill, said during committee debate that S. 1526 is “good government” bill that will increase efficiency.

The unanimous bi-partisan nature of the committee consideration of the bill increases the chances of passage by the full Senate and eventual consideration in the U.S. House of Representatives.  Further, we hope to continue working with lawmakers to expand the bill to include defense projects.

DBIA has been working with a broad A/E/C coalition of organizations to pass a series reforms.  The passage of this bill is the latest development in this project that has seen other reforms to two-phase design-build procedures and surety reforms. 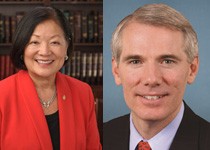