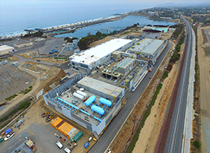 Carlsbad Desalination Plant Honored as Project of the Year

Las Vegas, Nevada – The Design-Build Institute of America (DBIA), the only organization that defines, teaches and promotes design-build best practices, announced the 2016 Project of the Year and National Award of Excellence winners at the Design-Build Conference & Expo Awards Dinner.

“This year’s Design-Build Project/Team Award winners are the best we’ve had. Our jury was particularly impressed that as we advance awareness of Design-Build Done Right™, design-build is producing exceptional outcomes as measured by owner satisfaction.” said Lisa Washington, CAE, DBIA’s Executive Director/CEO.
Our distinguished jury this year recognized 30 projects in nine categories for Awards of Merit showcasing exemplary collaboration and integration in design-build project delivery. One project from the categories was then singled out as best-in-category as a National Award of Excellence winner. The jury also chose four outstanding projects for specials awards in Excellence in Design (Architecture), Excellence in Design (Engineering), Excellence in Process and Excellence in Teaming. Finally, the jury chose one outstanding Project of the Year. The 2016 selected projects showcase design-build best practices, in addition to achieving budget and schedule goals and exceeding owner expectations.

DBIA 2016 Project of the Year – the Claude “Bud” Lewis Carlsbad Desalination Plant – is the largest desalination facility in the Western Hemisphere, with average production of 50 MGD of fresh, high-quality drinking water. Owned by Poseidon Water and completed by the design-build team of Kiewit Shea Desalination with Arcadis, IDE Technologies and Tetra Tech, it is a harbinger of a new era in which desalination is viewed as a viable solution to water challenges and a way to drought-proof public water supplies. The team also included specialty contractor Morrow-Meadows.

“This marks the first time a water/wastewater project has been named Project of the Year,” says Lisa Washington. “This clearly shows that design-build can be an excellent choice for any type of project.” 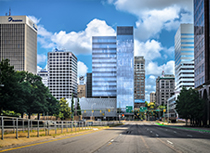 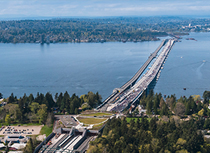 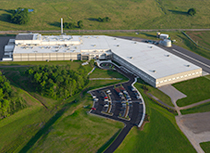 DBIA 2016 Excellence in Teaming – Champion Petfoods Kentucky DogStar® Kitchens, Auburn, Kentucky
Gray Construction completed the first design-build kitchen in the U.S. for Canadian-based Champion Petfoods. The 371,000-square-foot kitchen named DogStar® prepares their foods in its state-of-the-art kitchen designed and operated to meet the same food safety standards that are required for the manufacturing of human foods. DogStar® was designed, constructed and commissioned in 14 months from 0% design to 100% test runs of their new recipes. 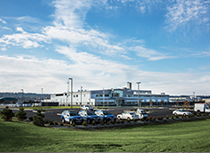 DBIA 2016 Excellence in Process – Spokane Central Service Center, Spokane, Washington
The Spokane Central Service Center is a consolidated Fleet Maintenance and Solid Waste Facility for the City of Spokane, Washington. The project was designed to create operational efficiency, savings and is the city’s first design-build project. Design-build was chosen to speed construction and control costs to meet consolidation functions identified since 1983. A thorough, yet revised plan with a design-build approach at the center was able to achieve this result.

DBIA 2016 National Award of Excellence by Category winners are: 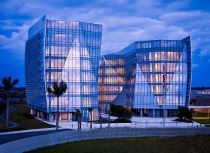 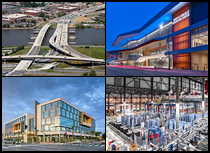